Rethink How You Write Git Commits

How to Write a Git Commit Message

There are no set rules how you should structure a commit message. As long as it’s descriptive, and clear. I’m often guilty of writing horrible non-descriptive commit messages myself, after I’m left with no mental energy to distill succinctly what I’ve done. You might write:

You often perform other verb actions on your Git history, using subcommands such as git revert.

“The imperative mood is a grammatical mood that forms a command, or request.”

You can learn more by reading How to Write a Git Commit Message which inspired the title of this section.

Same as writing comments in your code — try that your commits answer what, and why, instead of how.

You can see the Git history, by saying git log. You’re going to get a list ordered by most recent commits. Each commit is listed with a SHA-1 checksum. Since it’s long, we can just specify the first 8 characters.

This problem can be more pronounced, when not considering these things: Compared to being more clear, and descriptive:

Which one do you prefer?

The Conventional Commits specification is just an agreed upon convention with a simple set of rules for an explicit commit history.

You don’t have to strictly adhere to it. I use a types type, when I’m working with TypeScript type definitions.

I prefer capitalizing the description. It doesn’t matter what you prefer, as long as you’re consistent. Sometimes a project you’re contributing to doesn’t have rules. In that case, I first look at how they structure their project, so it’s consistent.

There’s other reasons why this system is useful:

Using the VS Code Extension

You can use the Conventional Commits extension. It makes it simple to write commits, in a couple of steps, using a dialogue. Pressing Ctrl + Shift + G brings us to the source control panel:

You can select the type of change: 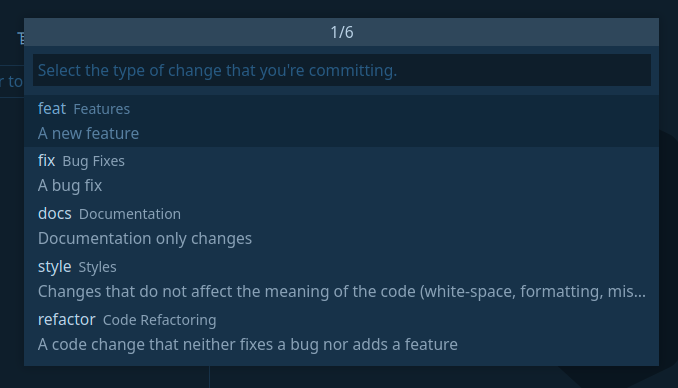 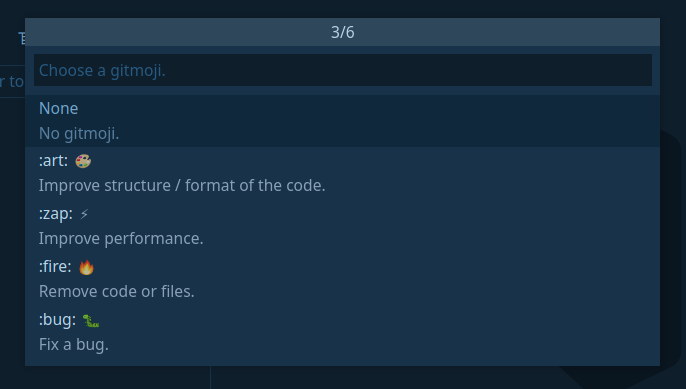 This is a great way to get started, but after a while you’re going to notice how slow it feels. At that point you have already memorized, and read the descriptions for the options.

I suggest you get comfortable using your terminal, if you already aren’t. I use a mix of both, as sometimes I prefer the visual feedback, such as looking at the difference between two files after I’ve made changes.